It may be late November, but the radio airwaves and sports sites across the internet are filled with discussion about America’s pastime, baseball. Why is everyone discussing a sport that ended months ago? The 2013 Baseball Hall of Fame ballot was released and on it were a number of suspected steroid users including Barry Bonds, Mark McGwire and Sammy Sosa. This has elicited numerous discussions on the merits of Hall of Fame candidacy, character clauses, if they were stars before steroids and so on. On a lesser scale players like Alan Trammell and Tim Raines get their respective Baseball Reference pages buzzing again with people looking up stats, compared them to the game’s greats and clamoring for their enshrinement in Cooperstown. As a baseball fan, all of it is great. As a wrestling fan, I cannot help but be a little bit jealous.

I get jealous that something as meaningless as a plague in some room can bring a buzz to the sport and reinvigorate its fan base in a down period for the sport. Professional wrestling does not have a Hall of Fame as well regarded as baseball and it is sad.

To be fair, Dave Meltzer’s Wrestling Observer Hall of Fame is awesome. It does a great job in its voting collection, HOF standards and discussions. If you are not a member of the Wrestling Observer Newsletter, now is the time to do it. Between multiple podcasts on the subject and double issue biographies on all Hall of Famers, it’s really one of the best times to be a member of the site.

The scale, though, is still not there. Sure, Voice of Wrestling contributor Joe Lanza and I can discuss the Wrestling Observer candidacy of Sting, who was not voted in again this year while John Cena was.

The discussions seep into “The Board~!” Wrestling Observer/Figure Four Online’s forum where overseas fans are feverishly screaming for the inclusion of famed English wrestling Big Daddy. It’s really cool. Its fun, it is exciting, it is meaningless, but who cares.

I love reading Meltzer’s biographies on the subject, but I cannot help but want to see a big affair with speeches and video packages. I want the glitz and glamour that come with being enshrined as one of the best in your sport’s history.

Instead, we have a WWE Hall of Fame littered with the Koko B. Ware and Drew Carey’s of the world. It has not to say the WWE Hall of Fame does not have deserving guys in there, they absolutely do, but the process leaves a lot to be desired for.

For one, the fact that wrestlers are eligible at pretty much the next minute after their retirement is beyond silly for a number of reasons. Not only have multiple guys came back and wrestled matches well beyond their induction into the Hall, but you are also putting guys fresh in our minds into legendary lore.

Edge deserves to be a WWE Hall of Famer, no doubt about it, 100%. The guy was a total workhorse his entire career, his run to the WWE Championship as The Rated-R Superstar was one of the more successful heel turns in recent memory and his eventual victory and subsequent Live Sex exhibition on WWE Raw spiked the ratings, proving his worth.

I totally want Edge in the Hall of Fame, but can you make me wait for it a little bit? Can we at least have some time to breathe, some disconnect so that when the announcement is made, or the voting is made and Edge is in there, we can look back?

There was no looking back with Edge, he was only gone a little under a year. There was not anything similar to what is going on right now with Raines, Bonds and Larry Walker in baseball. We weren’t afforded the opportunity to discuss and investigate Edge’s impact on the business, his best matches, his great title runs, his consistently, nope, Edge is going into the Hall, come watch the show, yay. It was nothing. It was barely a whimper on wrestling fan’s radars.

Baseball is able to resurrect discussion of their game in late November, early December (and again in January when results are announced) and the WWE cannot be bothered to look beyond a potential one-night rating and some ticket sales near the WrestleMania host city. It is baffling.

Professional wrestling should thrive on its history. Even those who are not still watching the product can get excited reliving their past memories and talking of their experiences.

I would love the WWE to enact some type of grace period after a wrestler “retires”. I know guys will break that eventually, but let us at least try to give it some length. Someone like Edge should have had time on the outside and should have in some ways been forgotten by the fan base. It may seem counterproductive, but it makes that moment when he returns and when his name is listed among the candidates, that much more special.

The Wrestling Observer Hall of Fame does not have this, but they also have an extremely rigid voting structure. This keeps away the fodder at least for the time being. Over time, the Sting’s of the world will gain some steam and likely make it in eventually, since it is not the free for all the WWE Hall of Fame is.

This is another issue all together and one that will be difficult to change. WWE will also let in whom they want, when they want and how they want. Everyone in the world would vote Randy Savage as a no doubt Hall of Famer, but famously that is not an option. Ultimate Warrior, albeit not liked by most, merits discussion and most likely entry into the Hall of Fame, again, at this time that is not an option. So voting might not be able to work, but at least feign some interest in keeping the halls hallowed.

And hey, while we’re at it can we get a physical location for this place so I can con my girlfriend into going? Thanks! 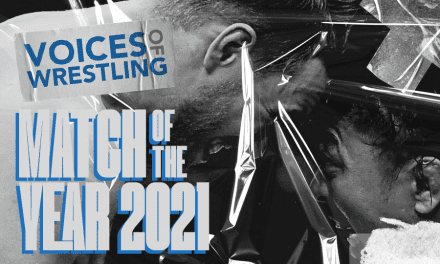