Now you’re probably going to say after reading the first few paragraphs of this article, yeah, no kidding Rich, welcome to 2002, but bear with me.

I went to my first CHIKARA show this Saturday Zelda the Great at the Logan Square Auditorium in Chicago and it was such a refreshing atmosphere. I’ve watched their iPPVs, seen their events but their live shows are another experience. I never really got it, I never got why CHIKARA was so big on the East Coast, and I just could not see it. To me, it seemed silly, too over-the-top, god dammit they dance in the ring, and this isn’t professional wrestling.

I was wrong. After being more disenchanted with professional wrestling by the week, while in the crowd for CHIKARA, I remember why I fell in love with the pseudo-sport. I remember when I use to think wrestling was fun.

If you’ve never seen CHIKARA, it’s hard to describe. It’s an independent wrestling company based out of Philadelphia, PA ran by longtime indy worker Mike Quackenbush. In a sense, it’s an over the top lucha libre style wrestling promotion, but more than anything, it’s fun. Characters range from Ants to a fake-Demolition/Legion of Doom team “Devastation Corporation” featuring of course Blaster McMassive and Max Smashmaster.

CHIKARA doesn’t take itself too seriously and it’s honestly a microcosm for how us fans should view professional wrestling. When we first became fans (and we all have our own stories) did we really care if they built up to the pay-per-view properly or if Doink the Clown was going to get his win back. We didn’t care, it just entertained us. Now I am not saying we shouldn’t care how the product is written, we should, but sometimes you just need to take a deep breath and just have fun with it.

About midway through the show on Saturday, there was a four corners tag team match where one of the teams was comprised of The Handsome Stranger, a cowboy in a lucha mask and his tag team partner Sapphire, who of course was an inanimate pigeon.

At some point during the match, Mr. Touchdown, a wrestler dressed as a high school football player put Sapphire in a bag, threw the bag on the ground and body splashed it. Mr. Touchdown killed Sapphire and the crowd was extremely angry. Mr. Touchdown had crowd heat like you wouldn’t believe. Of course, we all knew it was fake and he didn’t actually kill a bird, but who the hell cares. It was fun to boo Mr. Touchdown.

The heels are heels; they are not cool at all. Ever since The Rock aligned himself with Vince McMahon and The Corporation at Survivor Series 1998, I have had a fondness for heels because they were just cooler. I still liked some of the faces, but there was something much cooler about the hells. They were badasses; they had an aura about them you did not get from faces.

In CHIKARA, the heels are very un-cool, have little aura about them. They mess with little kids, they cheat constantly, and you just don’t the CM Punk heel vibe from them. There is really no reason to cheer for them and the fans do not. This makes it even more enjoyable. I stop caring if I like one wrestler better than the other, I booed the heel and cheered for the face. Johnny Gargano, current DGUSA Open the Freedom Gate champion and one of my favorite wrestlers on the indy scene worked heel. I didn’t cheer him despite him being one of my favorites. He was the bad guy and he was being a jerk, why am I going to cheer him?

It felt good to go back to my youth with wrestling. WWE’s Saturday Morning Slam is similar, I recently had 1,003 Holds co-host Dexter Brock watch the show and while I don’t think he was totally into it, he even had to admit, it was fun. It’s a show that doesn’t take itself too seriously, the wrestlers work a very safe style, the heels play super unlikable heel and the faces work a clean style. In between matches, there’s video segments showing the wrestlers giving you tips, but most of all the show gives depth to the characters.

That is another aspect I absolutely loved about CHIKARA, even though I didn’t know a ton about the characters, I didn’t need to, their mask, their entrance, their moves told a story. No two workers looked the same; no two workers worked the same. Whereas WWE forces wrestler to evolve (or devolve) into a WWE-style, you lose all the originality and fun that comes from unique characters. Everybody has fake tan, clean crew cuts, black tights. They all work the hard cam, they all do variations of the same moves, pause at the same point for a commercial, and work for a certain length, and frankly, it’s boring as hell for someone who watches all the time.

In character, they aren’t the same, for god’s sake, there was a guy dressed in camouflage and an ant mask named Soldier Ant. Is it silly? Yeah, probably, but who cares, professional wrestling should be weird. Sgt. Slaughter was weird, Abdullah the Butcher was weird, Dusty Rhodes was a fat, jive-talking southern white man, at the end of the day, it’s all about entertaining.

I know I probably look like a fool for getting all excited about an independent wrestling company that’s been around for years, but it’s less about the background and current state of CHIKARA and more about what CHIKARA is doing. They are bringing fun back to professional wrestling. It’s not entirely bringing it back to it’s roots, but it’s taking it away from the multi-billion dollar, television product and making wrestling, well… wrestling again. It may not be taking pro wrestling back to its roots, but it was taking it back to MY roots. Back to when I would rush to the TV to watch Livewire and Superstars on Saturday morning.

Wrestling is supposed to be fun, let us not get away from that. Thank you CHIKARA for allowing me to have fun with my wrestling again. 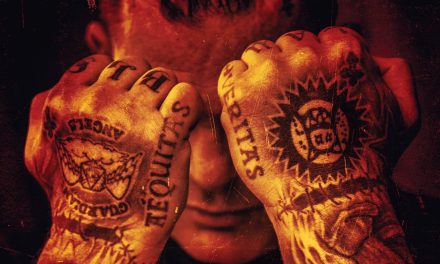 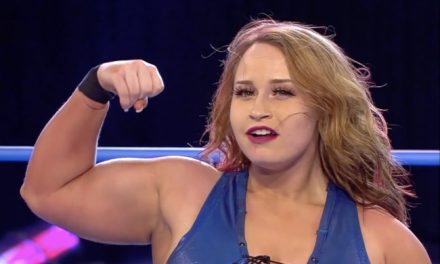