I can honestly say this is my most anticipated World Wrestling Entertainment pay-per-view in quite some time, perhaps Extreme Rules from earlier in the year. What’s similar about both is I didn’t enjoy the booking going into the pay-per-view, but it didn’t reduce my interest level. When the word was to pit Brock Lesnar against John Cena only a month into Lesnar’s reemergence I was scratching my head. In the end, the match turned out real well and even though Lesnar dropped the decision, it didn’t hurt his long-term ability to draw in the WWE.

Fast forward to today and we’re on the heels of what some are calling one of the biggest hotshots in professional wrestling history. Ryback, only a few months into a super push is being thrust into the WWE Title picture against CM Punk inside Hell in a Cell.

The issue I have with this booking, and again this isn’t reducing my excitement  is it seems lose-lose-lose. One scenario includes Ryback beating CM Punk for the title hurts Punk slightly and really takes a lot of steam off Punk’s current gimmick and storyline. Likewise, Ryback winning seems rushed and long term plans still point to The Rock vs. Punk at Royal Rumble 2013, so what’s the real benefit of a short Ryback title reign?

The other scenario is Punk beating Ryback, which obviously speaks for itself. Ryback’s streak ends, Punk continues his momentum but you may never get people behind Ryback again without the streak.

Anyway, let’s get to the predictions. I enlisted the help of 1,003 Holds podcast co-host Dexter Brocks to help out. Let’s see how we do, also let us know what you’re thinking in the comments section or tweet us: @voiceswrestling.

Rich: I think you have to do something with Del Rio here, in my opinion, he really needs this victory more than Orton does. Perhaps Del Rio can win with something shady and we slowly start building the Orton heel turn. I’d prefer Del Rio win and I think he will.

Rich: Much like Orton/Del Rio, I see more benefit in Rhodes Scholars winning it. Team Hell No has been fun, but I would love Bryan to move on and not get stuck into a comedy tag team for too long. Rhodes Scholars are two young guy and one is ready to break out, a run with the tag titles would be great for both of their developments. I want Rhodes Scholars to win, but I think we’re going to at least have another month with Team Hell No. Team Hell No retains.

Rich: I think it’s pretty obvious, well it should be, that Kofi wins this. They seem to have new confidence in him and appears to be getting a career revival push. Miz doesn’t need the title anymore and he’s pretty much at a standstill. Kofi should and will win this.

(Extra from Rich: That’d be interesting, I’m not sure Kofi would ever work as a heel, his offense just doesn’t lend itself to that of a bad guy. It’d be interesting to see, but with Orton almost certainly going heel I’m guessing Kofi stays face.)

Rich: I think Big Show wins here, but isn’t champion for long. The time for Ziggler to cash in has finally come IMO. I doubt they let Ziggler beat Sheamus so this way Sheamus puts over Big Show, Ziggler comes in and beats Show, new champion (x2).

Dexter:  Sheamus but Dolph will cash it in after Ric Flair (!) comes out and acts to celebrate with Sheamus but then low blows him, Ziggler  comes out, game over, book it. But no, seriously, this is gonna happen.

Rich: Here we go. I don’t know, I leigt don’t have a guess I feel comfortable with. The more I think about it, the more I think how WWE thinks, Ryback is winning here. Ryback is going to win because his streak is too important to his future growth versus Punk’s current reign. Sucks that such a long reign has to end this way but there’s really no other way. Ryback’s momentum gets destroyed if he loses here, even if by interference from Brock Lesnar. Punk will recover and probably win the title back at TLC, but he loses here. It sucks to see and I’d love to see them be more creative in the finish, but Ryback has the jetpack attached to him and this is the next stop to the top. 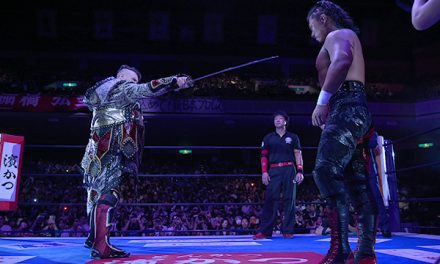