It is a sound familiar with wrestling fans past and present, and the calling card of Hacksaw Jim Duggan. The WWE Hall of Famer can be seen sporadically on your TV, but spends most of his time performing at smaller local shows. I was able to catch up with Duggan before his match at Empire State Wrestling’s WrestleBash in Lockport, New York to talk about Jerry Lawler, wrestling in front of smaller crowds, and his favorite place to perform.

Brian Mazurowski: The First Question I wanted to ask you was about Jerry Lawler this past month, and if you ever get worried, or find it strange that that kind of thing doesn’t happen more often with so many older wrestlers performing.

Hacksaw Jim Duggan: Well I think with my situation being a cancer survivor, I realized that stuff like that happens and we are people. People get sick, people have personal problems; it’s a rough life. Jerry of course doesn’t drink or smoke he lives a very straight life so it was kind of a shock that Jerry had that kind of problem, but as myself and other guys of my generation are always concerned; Will that interfere with us being able to work for the company because they’re concerned about our health?

BM: What about working these smaller shows is exciting for you? I think you’re in a kind of unique situation where you can go from working on Raw one night in front of a large arena to the next night working in front of a smaller crowd. It has to be a completely different experience.

HJD: Yeah it is, but I always joke; when I did Wrestlemania III with how many thousands of people (the official attendance was 93,173), and I said without my glasses all I can see is that the first three rows are full, and out here tonight the first three rows are full. I enjoy performing, I enjoy wrestling, and of course it’s nice to wrestle in front of a huge crowd, but it’s always better to wrestle in a packed house. Instead of a large crowd in a huge building it’s better to have a packed house in a smaller building, it’s a lot more fun.

BM: And it’s a different crowd at these shows. You get people who are really passionate about wrestling.

BM: That’s what you represent in a way isn’t it? You’re the good guy and everyone knows to cheer.

HJD: Yeah and it’s great at this stage [of my career]. It’s a very competitive business. People don’t understand that about wrestling, they assume pro wrestling is just pro wrestling. This year there’s 1500 football players playing in the NFL, and there are 120 wrestlers on contract in the WWE. You’ve got a much better chance at playing in the NFL than in the WWE. It’s an extremely competitive business, and to be able to stay current 33 years in the profession is something I’m proud of.

BM: That being said, do you try to give any words of advice to the younger guys when you do these shows?

HJD: Well I never give advice. If someone comes to me and asks for my opinion I’ll gladly help out the young guys because this is where we all came from. I started off as Big Jim Duggan with short hair and clean-shaven. I’ve gone full cycle, from wrestling at the Armory in Albany, New York, to Madison Square Garden, to here in this arena, so I’ve seen it all. It’s still a wrestling crowd, and I still love getting out in front of the folks.

BM: I believe you’ve stated that you’ve wrestled in all 50 states and across all continents. Do you have a favorite place to wrestle?

HJD: I always like to wrestle close to home. I just did a show up in Glens Falls (New York, Duggan’s hometown) last month. We had a great day; the mayor came down and had a little proclamation, my wrestling coach, my high school principal, everybody came down. It’s always nice to be recognized in your hometown. Now I live in South Carolina, so besides Lugoff in South Carolina, probably Glens Falls, New York… Or Madison Square Garden! 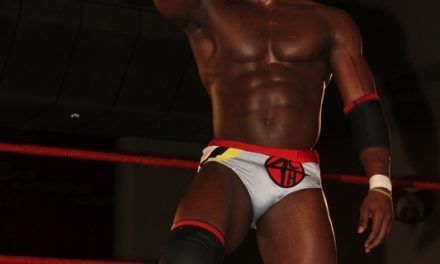