State of US Title

WWE’s recent U.S. Title holders over that last year have really brought into question the legitimacy of the title. Is it something that superstars should aspire to win, or is it their ticket to a gimmick and jobbing with it for the rest of their lives? All I have to say to that is. . . Woo Woo Woo, You Know It.

The U.S. Tile has a rich wrestling history that dates back to its days in the late 70’s when it debut as the NWA U.S. Heavyweight Championship. Today it is commonly known as the supporting title to the World Heavyweight Championship which has been its role since the late 80’s when it was a member of Ted Turner’s WCW. Just under 80 men have ever worn this strap since the 70’s and it has often been used to highlight mid-card Talent, promote a mid-card feud, or as a stepping stone on a new superstars way to the top.

Antonio Cesaro has the potential to be that superstar who could be on his way to the top, but I digress. Let’s go back in time to the Ryder days and take a look at what has happened to take the World Heavyweight Championship’s partner in crime over the last 24 months.

Zack Ryder’s run with the title was a mere 22 days. Which at the time seemed like about 100 because he dominated the internet wrestling scene with his Z True Hollywood Story, a truly innovative way to put his character over without being given the television time or the opportunity to do so by the WWE. Despite the huge merchandise sales, his charismatic character, and the amazingly large fan base he developed the WWE did not deem him worthy of a lengthy title run. Possibly due to their lack of confidence in his in ring abilities to preform in a big time match. Wresltenewz.com even recently reported a rumor that Vince McMahon himself was visibly upset a recent Ryder bout on Raw when he faced David Otunga. Whatever the case, Ryder got his 15 minutes the fans wanted and has since been buried….. almost literally, by Kane. His internet show is now run on the WWE You Tube channel which allows them to censor the show. In my mind it’s ratings have gone down because hell… I quit watching.

Personally, I enjoyed Ryder’s run because it gave the people what they wanted at the time. I jumped on the Zack Ryder bandwagon just like a lot of people even though I do happen to agree with Vince about Ryder’s abilities. They don’t seem to be in tact to hold a big time match. However, we know he’s not a big time match guy, he is the U.S. Title holder. When is the last time a U.S. Title match got more than 10 minutes. I mean most of the time the match is on the pre-show.  IT IS THIS VIEW RIGHT HERE that is inherently why I dislike the use of this title right now.

It has become almost too small time for superstars to care about and it really got hurt when they moved the belt from Ryder. Ryder was one of your top guys in the eyes of the fans, but his skill wasn’t there. It would have been a good time to put someone over who they felt the other way about. Instead, who was the man to take the belt from Ryder? Jack Swagger. Who got a U.S. Title shot after, if I remember correctly, one of the longest losing and jobbing streaks that I haven’t seen since Heath Slater’s open legend challenges, but even Heath mixed in a win against Doink. You can’t begin to legitimize a title, by giving someone a match who hasn’t won one on his own in months. This is why at PPV time, we go refill our popcorn and soda when this match is on. If it wasn’t for the elaborate graphics on the WWE.com website, I probably couldn’t even remember what this title looks like anymore.

Now, Swagger has shown that he does have talent in the ring, but I still believe his mic skills could be better, the slight lisp doesn’t help. Maybe, this was an attempt to put him over, but it made no sense trying to do it off of a losing streak and a lengthy one at that. Swagger’s reign did however, lead to a feud with Santino Marella which was actually quite entertaining. Eventually ending with Santino as the new U.S. Champion for a 167 day title run.

Now it was well deserved for Marella who used his humor to get over with the fans and even his in ring abilities are solid from what they let him show. I thought Santino’s title run could have been used to show off his legitimate skills and build Marella into a upper mid card wrestler. If even just to put him in some bigger type matches. The WWE instead thou, went the opposite direction and increased Marella’s gimmick, thus in my eyes taking away from what the title stands for yet again. And why? So they could start to sell over priced hand socks to children? Why not just let the Gobbledy Gooker take the strap on a run we could make an Easy Bake WWE Turkey Oven around the holidays. They seem to have room to take steps forward with a guy and this title, but just find a way to take steps back.

With the state of the title in question, which I mean its borderline gimmick status, the WWE allowed newcomer to the main roster Antonio Cesaro a shot at the title. He looks like a guy who can make this thing something other superstars want to win again. He has had an impressive career on the independent circuit and with other promotions. Plus, his girlfriend Aksana at least gives male fans a reason to watch a U.S. Title match again if your not familiar with his abilities. I think Cesaro has the abilities to bring substance back to this title or at least give us some good wrestling matches.  He can make it something a top mid-carder can contend for and possibly even propel himself to an upper card level in the future. They start a feud with him and the right guy this title can matter again. Thou I’m not sure if that’s what WWE has in mind for him, only time will tell. 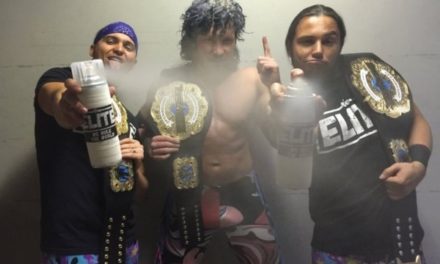 How The Elite Are Changing Wrestling 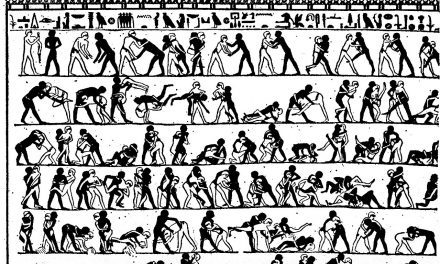