When Benoit and Guerrero hugged [at the end of WrestleMania XX], that was the end of the business.

Obviously, I could go on and on about how that’s wrong on many levels including the fact that WWE is making more money than ever before, or the fact that ratings were plummeting well before this point, but frankly this point is so ludicrous it’s not worth arguing.

Nash’s inability to see the evolution of the business is stricking. While head booker of WCW, Nash notoriously called Benoit and Gurrero (among others) “vanilla midgets” and showed a preference to pushing larger guys.

Currently, two of the biggest stars in WWE are CM Punk and Daniel Bryan, both smaller guys, without giant physiques, but exceptional in-ring workers. In many ways, they are similar to the Benoit and Guerrero’s before them. Like those of the past, Nash still disputes their ability to be headline wrestlers:

“They (Bryan and Punk) are not bigger than life, I bet they could both walk through airports and not be noticed unless they have a gimmick shirt on and the belt.”

Again, time could be spend disproving Nash’s theories, pointing out that his year as WWE Champion was the least-profitable year in their history or the fact that while he was booker in WCW, the company lost the most money in it’s history (1999) but that’s been stated a million times.

The real issue, in my mind, is with people coming to Nash’s defense to say simply, he’s a worker, he’s working you Internet fans, he’s playing a heel and so on.

While, yes, I understand Nash is just being a troll trying to get a rise out of Internet fans (what is this 2001?). It doesn’t afford him the freedom to be not only completely wrong with his statements of the business ending but have delusional wrestling opinions.

We’re being worked, okay, but what is the benefit to anybody?  What’s the benefit of putting down two great in-ring performers who ended up killing themselves trying to live up to the facade of the muscle-bound champions. In the giant scope of things, Nash “playing us” couldn’t have been more classless or unprofessional.

Everyone flipping out over what Kevin Nash said are being worked.  Nash says thing to get people talking, he is a very smart worker.

I love Lance Storm, but no, Nash is not a very smart worker. Terry Funk is a smart worker. PaulHeyman famously stated on the WWE-produced “Rise and Fall of ECW” documentary that Funk knew he had to build up the younger guys for the business to still be there for him to make money. Funk realized his peak was over, but was more than happy to help keep the industry vibrant and alive since he’d probably be coming back from retirement about 10 more times. While Funk may not be a great example because of his dependence on the wrestling industry and inability to truly separate himself from it, he’s still the personification of a smart worker.

Nash, on the other hand, is a delusional moron trying to get a rise out of people and grasp the last bits of breath from his long gone wrestling career.

Nash got people talking, but not in the right way, not in a healthy way to the wrestling business. Unless Nash believes there’s an opportunity for him to face Punk or Bryan at an upcoming pay-per-view, there is no benefit to Nash spouting off. The equally unnecessary potshot at two deceased wrestlers was really just the icing on the cake of the non-sensible rambles of a has-been.

At the end of the day, Nash is free to have his opinions, no matter how illogical, but I won’t sit by and say it’s okay because he’s a professional wrestler. He may be working us or trolling us, but he’s not doing it well. Funk knew how to act in the business when his peak was over. Nash, clearly doesn’t. Then again, Nash really didn’t know how to act in the business while he was in it, so we shouldn’t act surprised. This is nothing new from Oz. 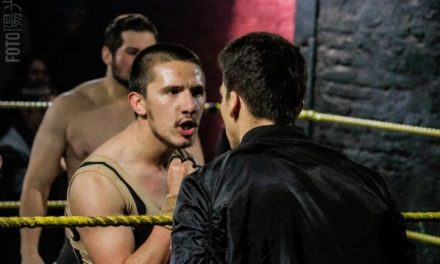 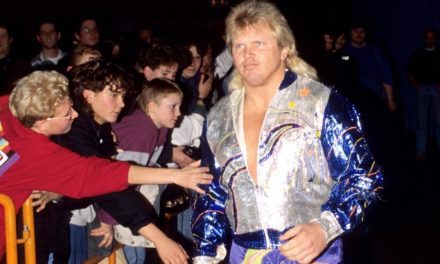