I am not sure beating a dead horse is an apt phrase for what I am about to write about.
World Wrestling Entertainment’s use of a heel authority figure in a feud with a top face in the company is beyond dead horse territory.  It is in an indefinable, perpetual existence and the latest example featuring John Cena and John Laurinaitis could not be duller. The autonomous authority figure has been a part of professional wrestling in one way or another since the sports very existence.
Even in the WWF’s heyday, there was the Jack Tunney’s of the world, the Gorilla Monsoon presidency and the “Rowdy” Roddy Piper and Sgt. Slaughter commissioner role, but they existed more times than not as figureheads than decision makers. Tunney inserted himself only when necessary, most famously holding up a “Million Dollar Man” Ted DiBiase WWF Title victory and kick starting WrestleMania IV’s Championship tournament. Piper found himself in the spotlight when he ordered Bret Hart and Shawn Michaels to participate in an Iron Man Match at WrestleMania XII and Monsoon, then the WWF President, ordered the match into overtime.
Despite these examples, they existed as the voice of the company, but not the micro managing, every match making general managers we have had in large part since the WWE’s brand split in 2002. Unbelievably, there was a time when matches were just made, there was not explanation or credit given to the President or commissioner, and they were just there.
Now we are led to believe a multi-million dollar company, and one of the top –rated shows on cable television is booked and decided by the seam of the general manager’s pants.
“You people are brawling backstage, you get a match tonight!” “You were mean to me backstage; you’ll have to fight a monster.”
Often you are not going to want to run a company like this, but its professional wrestling; I guess we can look beyond basic logic. More importantly, the entire concept of the heel authority figure is beyond stale. The self-interested figurehead was once something unique. It was seen as revolutionary when done by Eric Bischoff in WCW and more notably Vince McMahon in the WWF.
These days, the horse is beyond decayed.
Since McMahon inserted himself into the highest profile wrestling feud of all-time against “Stone Cold” Steve Austin there’s been a steady, almost constant stream of the heel figurehead atop of the company. McMahon led to Michaels’ brief role as commissioner who led to Stephanie McMahon and Triple H who led back to Vince McMahon who led to William Regal who led to Bischoff who led to Jonathan Coachman who led to Regal again who led to Mike Adamale… you’re still with me, right? Adamale led to Stephanie McMahon again who led to Vickie Guerrero who led to… and I quote, the anonymous general manager who has led us to the current Laurinaitis.

Oh, wait, what about Smackdown? Paul Heyman led to Kurt Angle who led to Theodore Long who led to Vickie Guerrero. Oh, wait, what about NXT? Just kidding, I cannot even be bothered to look up that lineage on Wikipedia. The point is, for nearly 15 years, the stream of heel authority figures has been constant.

Not only is the authority figure stale and done to death, it is downright detrimental to the wrestling business. Despite the perceived staleness of this character, they still get great reactions because they are protected.
Where a heel like The Miz is losing on a constant basis, the heel authority figure, despite having their evil plans thwarted, are always in a position of power. A heel wrestling, without given proper direction or an ability to show dominance, is always on a level below the super faces of WWE.
Laurinaitis is great at what he does, but at what costs. He brought Lesnar in to stop Cena, but that booking is backwards. Instead of the star being Lesnar, the star that has emerged is Laurinaitis.
The issue, one is being paid $5 million this year and while I do not know Johnny Ace’s contract situation, I am going to guess it is less than $5 million. The heel authority figures, unlike any other heel in current WWE is protected and constantly propelled to the top. Thus, they are still getting decent heel reactions despite the fact they cannot be presented as main event stars.
At this month’s WWE Pay-Per-View Over the Limit WWE is going to test this theory by putting Laurinaitis against Cena in the Main Event and while McMahon vs. Austin brought Raw is War to the top of the ratings battle, I do not think people care enough about Laurinaitis to pay for a match of his. The issue has become a self-fulfilling prophecy. The need to have that strong heel authority at the top of the company has come at the expense of a true top headlining heel. The ying to the face’s Yang. The Andre to Hogan. The Rock to Austin.
These days the biggest heel in the company is the person who has not wrestled consistently in 10 years but starts off every show with a long-winded promo. He is the one who is in charge, who brings in Lesnar as a henchman, the person featured in multiple backstage segments.
The stale authority figure has simply replaced the mega-heel as the counterbalance to wrestling’s hero and not for the better. 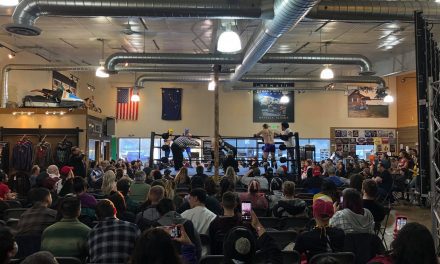 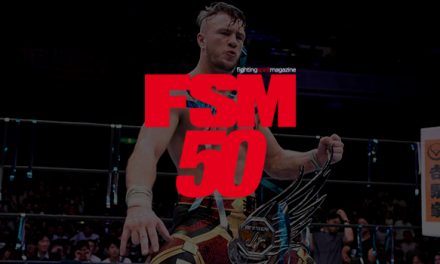 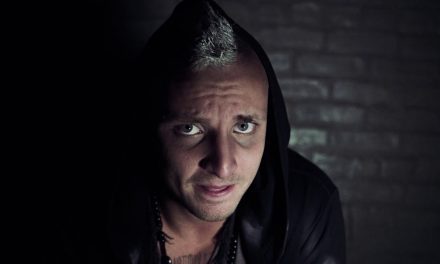 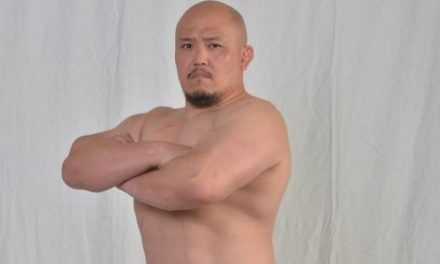